An error was encountered whereby a user could no longer sign-in to Skype for Business.

n the past this error has been encountered and the fix was to "delete my sign-in info" and then close SFB and restart the computer. After that the user has always been able to sign-in again. 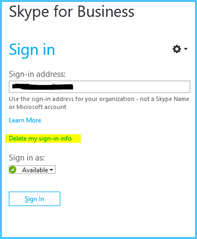 In this case no matter what was done the user could not sign-in to Skype for Business.

The PC now had Lync installed instead of Skype for Business but looked to be partly stuck between them. The icon on the taskbar showed Skype for Business but upon launching it was Lync. The user was now able to sign-in to Lync. There were two issues still, first it was still not SFB and second Lync kept asking to authenticate and even with the correct username/password it would re-appear. (I suspect this was because the server did not like that it was seeing a Lync client)

Looking at the registry key:

This was set to the correct 01 00 00 00 and should have caused Lync to open as Skype for Business but appears like it was somehow stuck.

In order to force this in the past the Skype for Business update has been installed. "KB2889923"

Upon trying to install this it would open and then report the error : "error occurred while running detection" then when selecting OK it would close and fail.

Because of this it was not possible to get Lync to switch over to Skype for Business. The reason was because even after uninstalling Office then restarting and then re-installing it there would be registry keys left behind that would not allow for a clean install.

The easiest way around this was to download "Mr Fix It"

After running this it properly uninstalled Office and removed any remaining keys. Then office was re-installed and the KB2889923 was able to be installed properly.

Update To This Issue

It was found that after the login failed the reason could be that the username was not in the correct format. As in this example: 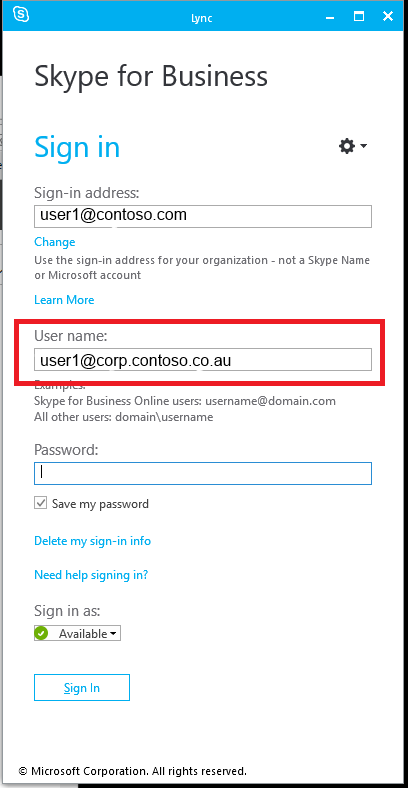 You need to change the @corp.contoso.co.au to be the same as the sign-in address as seen below: 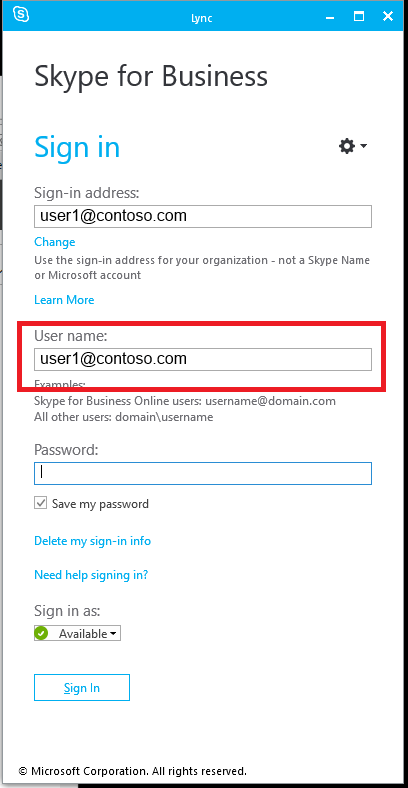 After this you should be able to sign-in