When using a Host Bus Adapter (HBA) the preloaded firmware usually will not work as any sort of RAID running on the HBA can interfere with FreeNAS's ability to correctly control the drives.

We want to flash the HBA into IT mode which essentially makes it just act as a bunch of SATA ports. In my FreeNAS setup I am using 2 x LSI 9212-4I HBA's which is essentially the same as the 9212-4i4e and you can download the firmware from here: AvagoTech

You will want to use Rufus to create a bootable DOS USB disk.

Once that is ready you will want to put all the necessary files including the firmware you downloaded onto it. I have created a folder on the USB drive called sas2008 and placed the files in it.

You can download all the files that I used here: 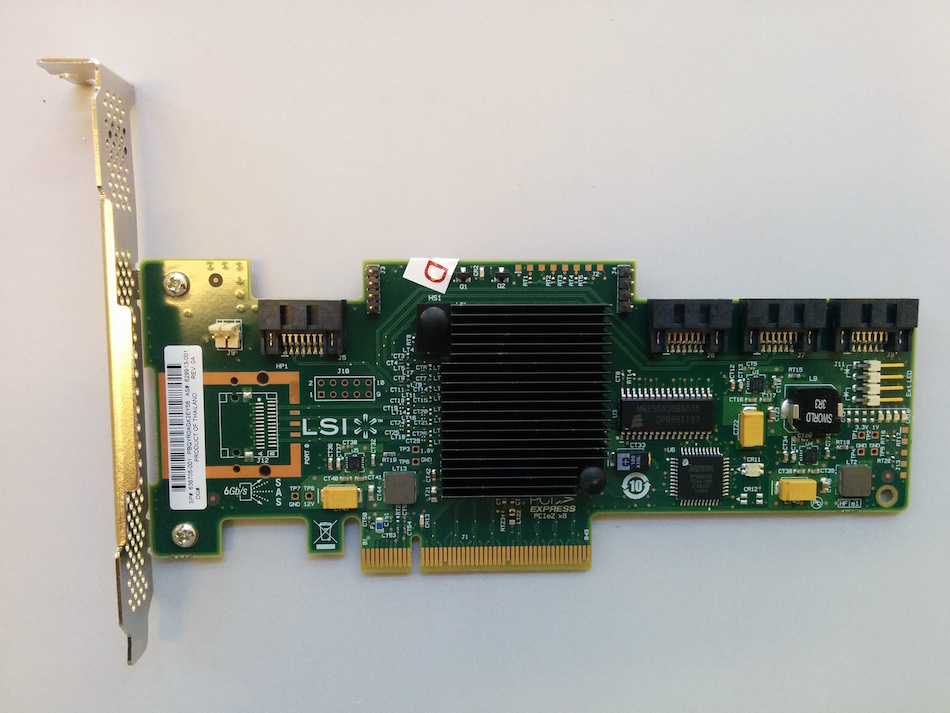 You will want to install the HBA into the computer and plug the USB drive in. Restart the machine and make sure it boots from the USB.

These are the commands you will want to use:

On the above line you will want to change the 500605b00441cb11 to match whatever is printed on the sticker on the back of the adapter.

Upon booting up the computer you will now see that the HBA is running the correct firmware
SAS2008-IT.